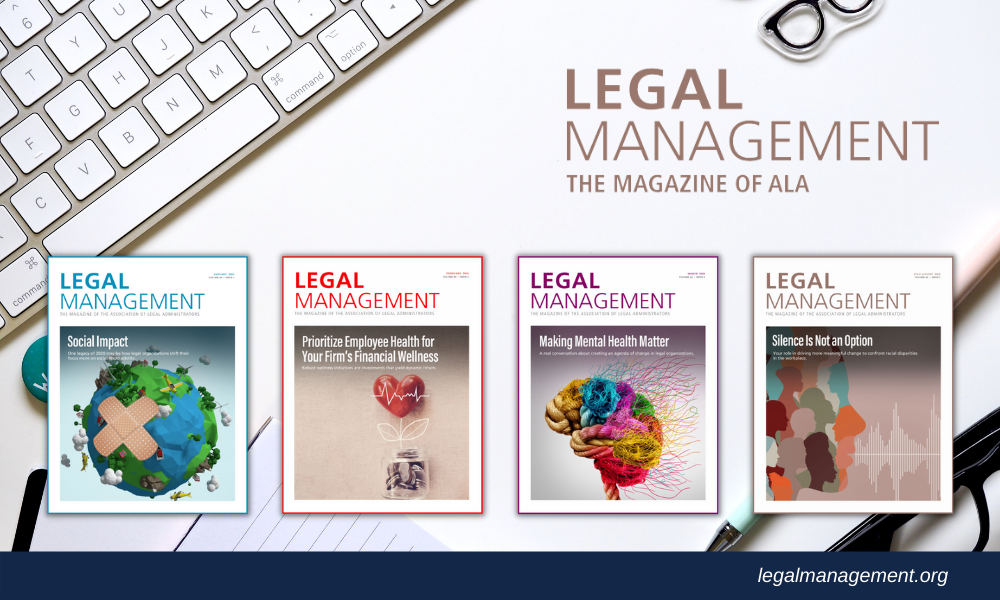 Read the full article in the September issue of ALA’s Legal Management magazine.

We’ve got advice for managing conflict in your legal organization. 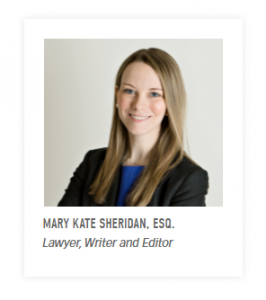 Conflict in the workplace is inevitable — including within legal organizations. Failing to address such discord can negatively affect firm morale and potentially drive away valued lawyers and staff.

Indeed, Emtrain’s 2020 Workplace Culture Report found that “almost 30% of employees have left an organization because of workplace conflict.” Further, recent research by Randstad US indicates that more than half of respondents “have left jobs, or are considering leaving, because of negative office politics.”

Properly managing conflict within your firm is essential for retaining talent and maintaining a positive culture. This article will discuss strategies for addressing conflict within law firms, including the role of the administrator, tools to implement and tips for handling different power dynamics.

WHY DO CONFLICTS ARISE?

Conflicts can arise for a variety of reasons, but there are some key areas to consider. “When you talk about common conflicts, often they can have their genesis in behavioral differences,” says Nora Riva Bergman, Esq., a certified Atticus Practice Advisor and author. “Sometimes, they can have their genesis in differences in values, or they can stem from the level of EQ, or emotional intelligence, in the firm.”

When it comes to law firms, the unique management and ownership structure may provide insight into potential conflicts.

“Equity partners are all owners in their organization, so they feel as though they have not only a stake but permission to throw their hat in the ring on any given topic,” says Naomi Beard Nelson, Esq., PCC, Founder and Chief Executive Officer of Naomi Beard & Associates. “It’s unique by virtue of a law firm’s structure and having so many stakeholders.”

ROLE OF THE ADMINISTRATOR

As an administrator, conflicts may cross your desk regularly. That said, “the administrator should not feel their entire role is dedicated to resolving conflict,” says Beard Nelson. Below are three approaches administrators should embrace when confronted with conflict.

You want to remain a trusted colleague to everyone at the firm, which is why it is imperative that you don’t align with either party in a firm conflict.

“Be careful because as a firm administrator, you have a neutral role in the firm that you have to maintain past this conflict, and you have to command the respect of the individuals in the firm past this conflict,” says Gerry Riskin, Founding Principal and Chairman of Edge International. “This doesn’t mean the administrator shouldn’t be aware, but don’t submit to the temptation to parent the situation because you may end up losing some of your credibility and power going forward.”

Being an engaged and empathetic listener is key to understanding the issue at hand. Your job as an administrator is not to resolve the conflict. Instead, strive to understand the friction through active listening and help the parties determine the next best steps.

“In really listening to someone, there’s a difference in showing them you really understand and empathize with them versus agreeing with them, and that’s really important for a great listener,” says Riskin.

Know When to Elevate or Seek Outside Assistance

Conflicts are not all made the same, and administrators may face issues that they don’t know how to handle or that seem better suited for a more senior member of the firm.

“There are going to be conflicts that are above an administrator’s pay grade, or [that] are just new territory and the administrator doesn’t know how to handle them,” says Beard Nelson. “It’s appropriate to go to someone who is known for their skills in this area and learn by example how someone senior handles this conflict.”

“When there’s adversity, difficulty or conflict — even if it’s not something that can be immediately resolved — an acknowledgment of there being a challenge seems to be so important.”

Administrators may also seek help outside of the firm to assist the parties as they work toward a resolution. In doing so, it’s important to consult with those involved in the conflict.

“They’re going to have to have the opportunity to interview the third party and make the decision as to whether they’ll work with the person or not,” says Riskin. “Do not impose an expert on your folks who are dealing with a conflict.”

Transparency can go a long way in building trust and maintaining firm morale when a conflict arises. This doesn’t mean that management or the administrator needs to have a solution to the conflict — recognizing the issue and addressing any progress that has been made can bolster morale.

“From the top down, you want the chairs of the firms and all other leaders to be committed to communicating and to be transparent in doing so,” says Beard Nelson. “When there’s adversity, difficulty or conflict — even if it’s not something that can be immediately resolved — an acknowledgment of there being a challenge seems to be so important.”

Part of a firm’s strategy should be to establish core values — and make sure these values are clearly outlined and well disseminated throughout the firm. The firm must garner buy-in for these values from leadership, and they should be integrated in all aspects of the firm’s practice and operations.

“Once you have core values that everyone in the firm agrees to, those values drive the behaviors that you want to see, and once you have identified the values your firm wants to live by, those values become the DNA of your firm,” says Bergman. “In order for them to be meaningful, they need to be more than words on paper. They need to be lived every day.”

Outlining core values is one step toward managing conflict. To make the biggest impact, however, these values need to be modeled by administrators and others at the top.

“I think, bottom line, senior leadership has to set the tone and has to model how difficult issues are going to be addressed, and others will follow suit,” says Beard Nelson.

“Those in leadership have a responsibility to develop their level of emotional intelligence so they can have the self-awareness to manage their emotions and set the tone for others in the firm.”

Leadership and administrators can exhibit how they want the rest of the firm to behave and should be aware of the “contagiousness” of their emotions.

Differences in behavioral style can be a prime source for conflict. Notably, the Emtrain report indicates that less than half of employees believe their coworkers “understand the impact that their words and behaviors have on those around them.”

Gaining better insight of each team member’s behavioral preferences can be useful for conflict management. “For example, if everyone on the team has an understanding how they prefer to communicate and how everyone else on the team prefers to communicate, and if everyone adapts their communication style just a little bit, conflict in the firm can be greatly reduced,” says Bergman.

One tool to help build this awareness is to have individuals take a DiSC assessment, which provides insight into a person’s behavioral style across four areas: dominance, influence, steadiness and conscientiousness.

Administrators can also prepare those in the firm for handling conflict by providing resources to build emotional intelligence and better understand their emotions.

When faced with discord between two parties of equal authority, the administrator should be available to help determine the best processes for resolution — including any outside resources the parties feel would be useful — and allow the parties to use these processes and tools to reach their own resolution. As Riskin notes: “Beware of getting drawn into a situation where you become the parent, the counselor, the therapist, the facilitator, the arbitrator, etc.”

Conflict with an Imbalance of Power

According to SHRM’s recent research on workplace cultures, “58 percent of American employees who quit a job due to workplace culture say their managers are the main reason they left.” Further, the Emtrain report indicates that “nearly one-third of employees identify power disparity as causing the greatest level of conflict at work.” Calling upon senior leaders to encourage professional behavior can result in a better balance of power, thereby allowing healthier resolution to conflicts. In some instances, this may include asking a powerful member of the firm to speak directly to the senior person involved in the conflict.

“What we need to balance that power is to make sure the senior power team is drawn back into what the values of the firms are,” says Riskin.

The firm should also strive to have trusted mentors and colleagues in place who staff and lawyers can turn to if they have concerns or need advice.

“I think law firms have bent over backwards to provide multiple pathways for expressing concerns: practice group leaders, office heads, any of your local liaisons from talent development, HR leaders — all of these people have been tasked with fielding expressions of concerns from associates as part of their core role,” says Beard Nelson. “The people who play those roles are often super invested in the associates and their happiness, and the firm should encourage these relationships.”

“Great client relations and communications with clients is indeed an art form,” says Riskin, who notes that a senior lawyer who has a strong rapport with the client can sometimes speak directly to the client about the discord and seek resolution. The senior lawyer can also be on hand to support the team when it comes to difficult clients.

Conflicts are unavoidable, but by understanding their role in the process, establishing effective tools to build communication and understanding, and preparing for different power dynamics, administrators can assist those in their firms along the path to resolution.

Mary Kate Sheridan, Esq., is a lawyer, writer and editor. She received her JD from Columbia Law School, MFA in Creative Writing from The New School, and bachelor’s in English from Mary Washington College. She ipreviously worked as a litigator at a Vault100 firm.
← Poll: Financial RoadblocksHuddle Up! Financial Trends for Successful Firms →